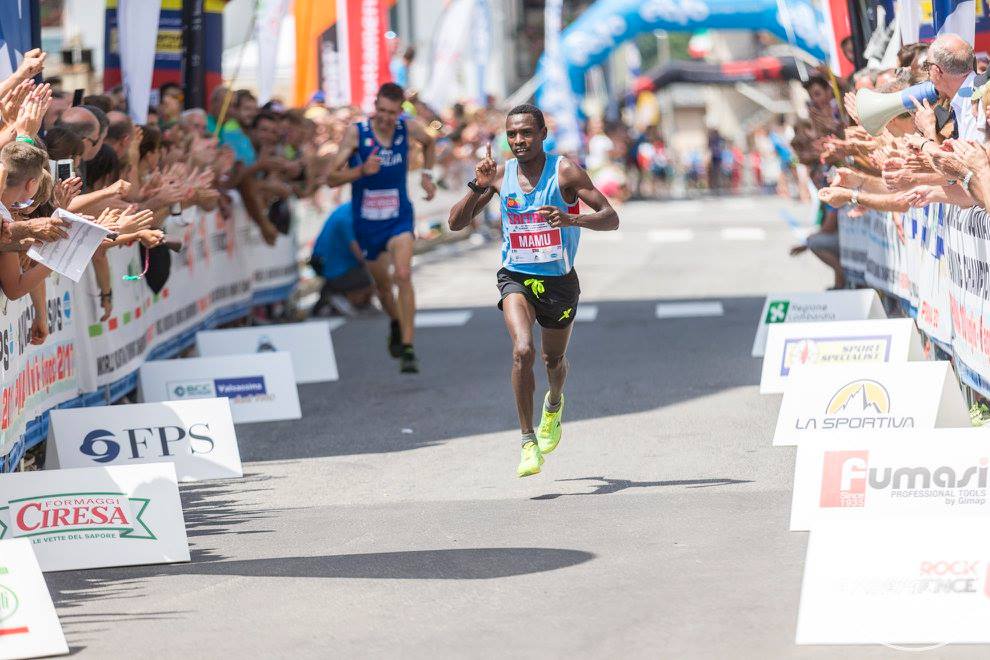 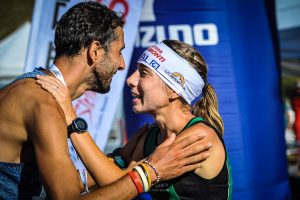 It’s “Stellinarace” time. On August 27, the fifth race in the 2017 WMRA World Cup takes place in Piedmont, in Susa (Turin) with the 29th Stellina Partisans’s Memorial. After four World Cup races, the leader on the men’s side is Petro Mamu, (ERI), while Alice Gaggi (ITA) (pictured above) leads the women’s results.

Mamu, newly minted Long Distance Mountain Running World Champion, will be one of the top runners of Stellinarace 2017. Although this is his debut in Susa, Mamu’s  recent results indicate he’ll be the pre-race favorite, with his strongest challengers hailing from the home country of Italy. European and Italian champion 2017 Xavier Chevrier could pose a threat to Mamu, but also Martin and Bernard Dematteis (Martin is the record holder of Stellinarace while Bernard has never won the race). Also expected to challenge are Alex Baldaccini, winner in 2015, and Francesco Puppi, silver medalist to Mamu earlier this month in Premana, Hannes Perkmann, Edward Young and Max Di Gioia. Other contenders include Julien Rancon (FRA), Gasper Bregar (SLO) and Miran Cver  (SLO), Simon Lechleitner (AUT).

Sarah Tunstall (GBR), is a top contender in the women’s field. She won bronze in the world championship in Premana, and was victorious in the WMRA World Cup 2015. Tunstall will face Celine Iranzi (RWA) and  Italian Alice Gaggi, the leader of 2017 WMRA World Cup Race. Other Italians who will fight for the podium will be Samantha Galassi, Gloria Giudici and newcomer Camilla Magliano. Veteran Stellina competitor Antonella Confortola, will be among the runners in the field. Susa is where Confortola met her husband, New Zealander Jonathan Wyatt, the newly elected WMRA President. Wyatt, a multi-time winner at Stellinarace, is also slated to be on the start line.

Stellinarace 2017 will be the first edition without Adriano Aschieris, patron of the race, and the man who organized many Italian and World Championships of mountain running in Susa Valley. The last was the World Master Mountain Running Championships in 2016. Stellinarace has titled the trophy of the women’s race to Aschieris, and also has titled to his memory the regional mountain running youth championship that will be held on Saturday 26 in Susa. The memory of Aschieris, former President of Atletica Susa and Italian Athletics Federation of Piedmont, will forever live in Stellinarace.

Additional events in Stellina include, on August 26 at 11.00 a.m. in Costa Rossa, the official partisan celebration in memory of the Grange Sevine’s battle (1945). At 6:30 p.m., the official ceremony of delivery of bibs to the top runners at Countess Adelaide’s Castle.